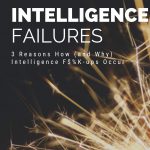 3. Failure to act on intelligence.

During the lead up to Operation Iraqi Freedom, Curveball made false claims about Saddam Hussain’s mobile weapons laboratories.

His falsified information was used as rationale for the military intervention into Iraq.

They doubted his reliability due to inconsistencies with his testimony.

However, Curveball’s ‘information’ ultimately made its way to the White House and influenced President George Bush to invade Iraq in 2001.

Years later, Curveball’s information was proven to be falsified.

Lesson: Trusting Curveballs’ information was a critical intelligence failure to accurately evaluate the source and reliability of the information.

Operation Barbarossa (1941) – Stalin ignores Intelligence warnings that the Germans were preparing a surprise attack against Russia.

Singapore, 1942 – British Intelligence believed the Japanese wouldn’t use tanks in the jungle…Next minute, everyone is eating Raman.

The Falkland Islands, 1982. British Intelligence didn’t think the Argentinians would launch an assault to recapture the Falklands…

Pearl Harbor (1941). Americans were caught by surprise when the Japanese bombed the Navy base Pearl Harbor in 1941.

So How (and Why) Do Intelligence Failures Occur?

There’s a bunch of theory on this topic. But I’ve distilled Intelligence Failures down to the following three reasons:

#1. Failure to Process and Analyse Information

More often than not, Intelligence failures occur from an inability to process intelligence accurately!

99 Problems but collection aint’ one

Today I would say Intelligence collection is not an issue – We literally have the world’s information at our fingertips.

In fact, we have more information than we know what to do with.

This creates its own problems for Intelligence Analysts…

If Intelligence exists to provide an advantage over our adversary; what’s the point of having solid Intel if you don’t tell anyone?

You gotta get it out there!

This is the second reason for Intelligence failures. Failure to ship your Intel!

Look, I get it – there’s a fine line between sharing information and keeping secrets right…

Too much sharing and nothing remains secret.

Too many secrets and you wake up to a Japanese aerial raid.

So, when it comes to intelligence, there needs to be a balance.

Knowledge is power, and people like to hoard their information –

Individual analysts like to be the ones with the info. It makes them feel indispensable.

Fix: Foster a culture of information sharing and declassifying information for wider dissemination. 😀

My definition of intelligence is ‘processed information for action’ and so if no action is taken from your intel, there’s literally no reason for it to exist.

If policymakers act independently of intelligence advice, and the operations team plan in isolation you’ll end up with an intelligence failure.

Prior to Operation Barbarosa (1941) Stalin chose to be his own Intelligence Analyst and ignored the warnings that Hitlers Nazi’s were planning an invasion into the USSR.

Super Valid Point. When I say ‘failure to act’, I’m saying intelligence failures occur when intelligence is ignored. Choosing to do nothing is fine because it’s a choice.

People often put their own self-interest ahead of making a tough call or putting their neck on the line.

It’s often easier to hide behind average intelligence rather than actually making the call.

Let this lesson into Intelligence Failures be a straight-up call to action for Intelligence professionals; if your advice isn’t actionable, what’s the point?

Can you think of any other historical Intelligence Failures? Share with the group below! Determine the issue, and post it in the comments below. 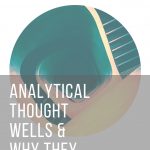