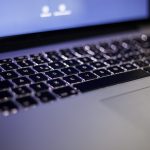 In recent years, the phenomenon of computer hacking and computer network security has become a significant security concern for all governments and businesses alike.

Today one of the largest growing methods for intelligence collection is through the theft of official and secret information via cyber intelligence.

We’ve all probably heard of large hacker groups such as ‘anonymous’; but when it comes to Cyber Intelligence, named groups are really just the tip of the ice burg.

Today there are thousands of rouge actors who conduct cyber intrusions to steal military, economic and political information for their own benefit.

It’s not just individuals and criminal groups who use cyber intrusions as a means of intelligence collection, state actors (I.e. Countries) are actively involved also.

So, how does Cyber Intelligence work?

Cyber intelligence involves collecting information from secure data sources, such as servers and computers through direct or remote access.

Cyber Intelligence can range from crude attempts to install bugs or ‘malware’ on a victim’s computer (usually through unsolicited email attachments), to advanced network penetration and computer hacking operations.

Basically, it works by collecting information by gaining access to secure information repositories.

Cyber Intelligence is a Real Threat.

The information terrain has been referred to as ‘the new frontier’ in modern warfare.